Up and packed and down for a hugely decent breakfast of breads, curries, thosai, fruits and yoghurt and coffee at the buffet. Lenglui tried an omelette which got good praise. Service was swift and friendly in a large and airily cool ambience. Surprisingly and unexpectedly pleasant.

The car was bang on time and swiftly drove us to our main destination for the day, the Amber Fort.

Wikipedia: Jaipur is the capital and the largest city of the Indian state of Rajasthan in Northern India. It was founded on 18 November 1727 by Jai Singh II, the ruler of Amer after whom the city is named. As of 2011, the city has a population of 3.1 million, making it the tenth most populous city in the country. Jaipur is also known as the Pink City of India. It is located 280 km (174 miles) from the Indian capital New Delhi. Jaipur is a popular tourist destination in India and forms a part of the west Golden Triangle tourist circuit along with Delhi and Agra (240 km, 149 mi).  Jaipur is home to two UNESCO World Heritage Sites: the Jantar Mantar and the Amer Fort.

We figured to do the Amber (or Amer - the names seem to be used interchangeably) Fort since it seemed to be the must see and do thing so off we drove northwards through the bustle and heat of a Sunday morning. The Fort could be seen in the distance so we stopped for a photo opp before diving headfirst into a maelstrom of traffic looking to either park or escape. The driver took us up some backlane looking road that went uphill and suddenly arrived at a back door entrance with very few people. He negotiated the entrance rate, took our money and paid and said "see you back here at noon". Fair enough - nowhere to park so he would presumably go find some shady area and chat with his mates.

Wikipedia: Amer Fort is located in Amer, Rajasthan, a town with an area of 4 square kilometres located 11 kilometres from Jaipur. Located high on a hill, it is the principal tourist attraction in Jaipur. The town of Amer was originally built by Meenas, and later it was ruled by Raja Man Singh I(December 21, 1550 – July 6, 1614). Amer Fort is known for its artistic Hindu style elements. With its large ramparts and series of gates and cobbled paths, the fort overlooks Maota Lake, which is the main source of water for the Amer Palace.

Wikipedia: Constructed of red sandstone and marble, the attractive, opulent palace is laid out on four levels, each with a courtyard. It consists of the Diwan-i-Aam, or "Hall of Public Audience", the Diwan-i-Khas, or "Hall of Private Audience", the Sheesh Mahal (mirror palace), or Jai Mandir, and the Sukh Niwas where a cool climate is artificially created by winds that blow over a water cascade within the palace. Hence, the Amer Fort is also popularly known as the Amer Palace. The palace was the residence of the Rajput Maharajas and their families.

Wikipedia: This palace, along with Jaigarh Fort, is located immediately above on the Cheel ka Teela (Hill of Eagles) of the same Aravalli range of hills. The palace and Jaigarh Fort are considered one complex, as the two are connected by a subterranean passage. This passage was meant as an escape route in times of war to enable the royal family members and others in the Amer Fort to shift to the more redoubtable Jaigarh Fort. Annual tourist visitation to the Amer Palace was reported by the Superintendent of the Department of Archaeology and Museums as 5000 visitors a day, with 1.4 million visitors during 2007. At the 37th session of the World Heritage Committee held in Phnom Penh, Cambodia, in 2013, Amer Fort, along with five other forts of Rajasthan, was declared a UNESCO World Heritage Site as part of the group Hill Forts of Rajasthan.

The Fort proved surprisingly delightful, with lots of visual diversions and crowds of people all seeking shade or escape from the people trying to sell fridge magnets, hats, or elephant rides. Richard failed to escape and bought himself a bush hat. Lenglui and I were suitably prepared and had brought our own headgear. And my portable umbrella proved most welcome as a screen against the merciless rays of the sun. It was pretty brutal. The sunblock was praised a few times on this day. Lots of buildings filled with ornate tilings or intricate stonework, and startlingly bright - the sunglasses never got taken off for pretty much all of the time here. My main memory is of Lenglui looking to get a closer photo of one of the elephants and needing to move smartly to avoid one who had unexpectedly been turned toward her by the mahout. I think she got the photo. Lenglui was also taking lots of photos of ladies wearing the sari. Some of the colours were indeed stunning. Have to see if I can source some of them for inclusion here. 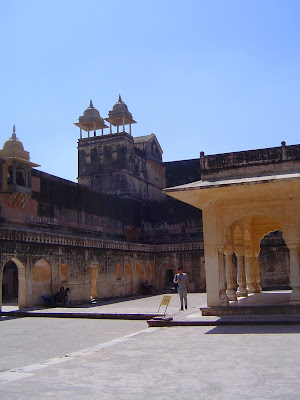 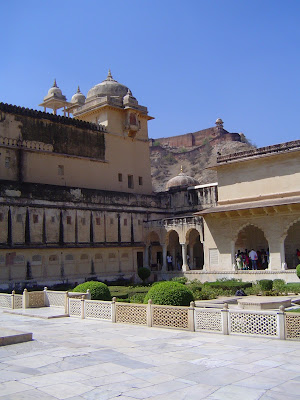 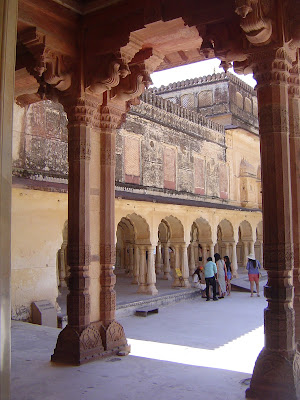 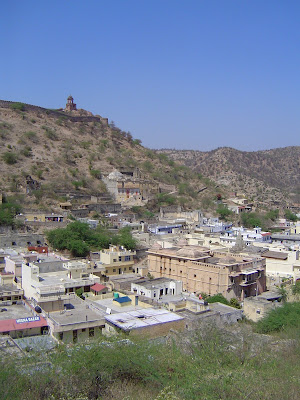 We got back to our rendezvous and driver and a few last minute fridge magnet sellers. We ambled downhill to where the car was parked and headed off back toward town. On the way, we stopped at a lakeside area in which a hotel had been planted for photos and lunch at a small eatery that had been mentioned in one of the books and which driver also recommended as pretty good. Both turned out to be correct. The beer was ice cold and we downed three between us ahead of the lunch and three more during. Garlic naan and vegetable curry and beer and some ice cream to finish off - simple and perfect and just right.

Back into town for an aborted visit to a market (deemed too hot) though one scarf shop was found and defiled by Lenglui. I snagged some more t-shirts. Then back in the car for a whistle stop around the main sights of Jaipur town - City Palace, Hawa Mahal were the main photo opps. Then back to the hotel at about 4pm for Richard to pack and get driven to Agra airport to meet his flight home in Delhi. He originally was going to get the train back to Delhi but apparently could not get a seat and, fearful of not making connections, decided to fly. Fair enough.

Seems he also was unsure as to whether the local ATM would give him money, so I passed him some rupee just in case his fears would not prove unfounded. As it was, the ATM behaved to expectations and he left the rupee in an envelope at the desk for me.


We were pretty pooped by this time so decided to order room service. Think I had a lamb burger or something. The St Francis Zinfandel drank beautifully. A most relaxing evening and perfect way to end the trip. 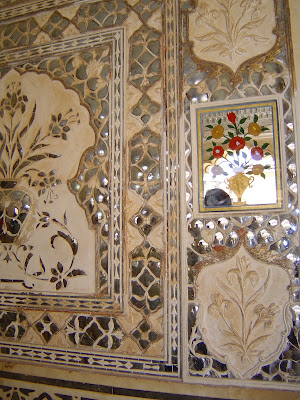 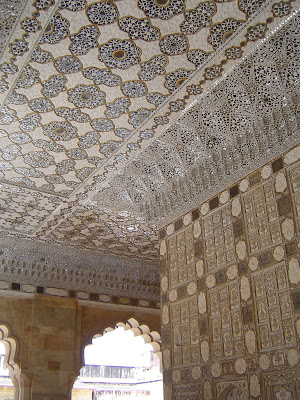 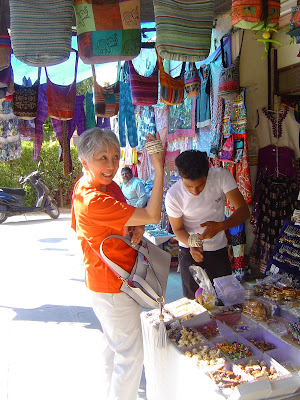 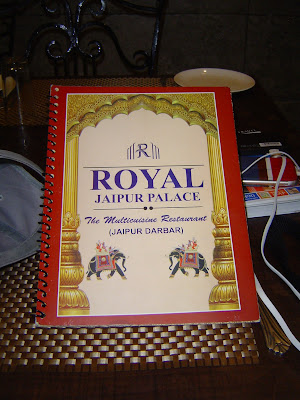